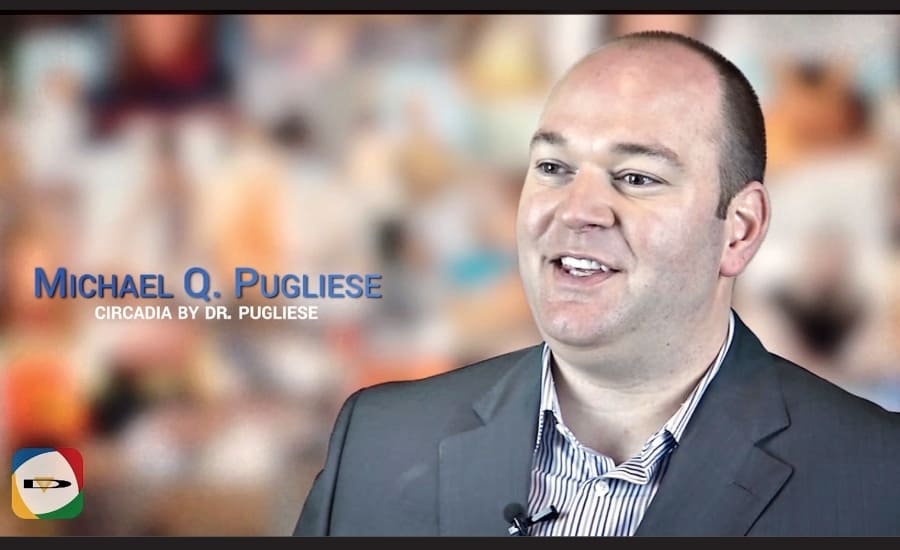 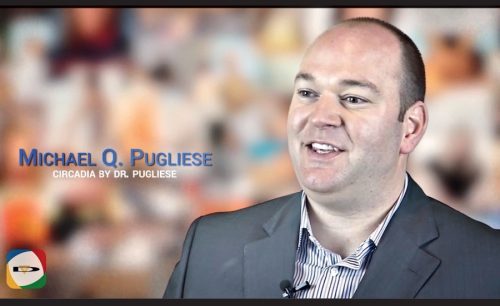 The Circadia name derives from the two Latin words circa dies, meaning “around the day.” The word “circadian” refers to a 24 hour cycle and describes rhythmic changes in our physiology and in our behavior. When these biological rhythms are disrupted or become disordered, it can have adverse effects on our health, appearance and well-being.

Circadian rhythms developed over millions of years, are controlled by the daily light-dark cycles created by the earth turning on its axis. Research studies have found that a biological “clock” is located in several parts of the brain, which established these circadian rhythms in mammals. It has been determined that these clocks consist of an array of genes which regulate physiological processes throughout the body. We know that the central circadian clock is located in the suprachiasmatic nucleus of the hypothalamus in the brain. Its main function is to synchronize the clocks in the peripheral tissues, the skin being one of these. It appears that all types of skin cells contain some form of a circadian clock.

It is important to understand that the daily rhythms are not just a response to changes in the light and dark produced by the earth’s spinning motion, but rather are a response to the timekeeping system within the body. It is this system which allows the organism to adjust and anticipate changes that are associated with day and night. Why is this so important? Consider the fact that if the urge to sleep would come during the light portion of the day, many animals would be vulnerable to predators. Anyone who has ever traveled extensively is familiar with the phenomena of jet lag, which is a profound disruption of the biological clock. The extreme importance of these phenomena has led to the development of a new science associated with the effects of time on the body. This new science is called chronobiology. At Circadia we focus on the effects of chronobiology and circadian rhythms on the skin.

Circadian Rhythm and The Skin

The concept of circadian rhythms are not new. They started in the 1700’s with the French scientist de Mairan, who published a paper describing the movement of leaves in plants during the day. They would rise during the day and fall at night. He put these plants in a room where they were not exposed to sunlight, and saw the same phenomenon. He concluded that this movement had something to do with a mechanism inside the plant, in addition to whatever effect the sun may have.

A recent study reveals the importance of the biological clock in the regeneration of skin stem cells. When this system is disrupted it results in premature tissue aging, as well as a greater predisposition to developing skin tumors.

Come and meet CEO Michael Pugliese, educator, formulator and Skin Guru, his knowledge and passion to educate is infectious. Circadia By Dr Pugliese is changing the face of professional skincare treatments the world over.