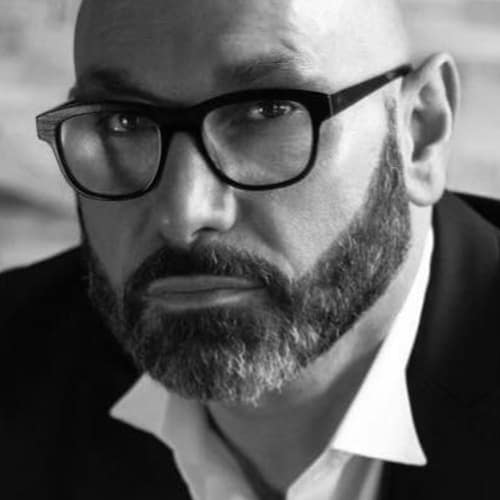 We are very excited to announce that Francesco Lo Cascio will be joining our incredible judging panel for Brush Wars 2019!

Born in Italy and based in London, Francesco has over 20 years experience in the makeup industry and throughout his international career he has worked in film, television and theatre.  His avid artist skills has made him a makeup artist of celebrities such as Kate Moss, Christy Turlington, Destiny’s Child and others. Francesco’s breadth of experience also extends into fashion and media, where he has worked on prestigious runway shows such as Alexander McQueen, Fendi and Valentino.  Francesco has also contributed his talents to numerous international publications, creating looks for editorial features in publications such as Vogue Italia, Marie Claire (Italy) and Numero Magazine. Francesco is now fully involved with his own London-based makeup school, Studio50 – makeup School –  www.studio50-makeupschool.com – and is tutoring a new generation of high-calibre professional makeup artists.