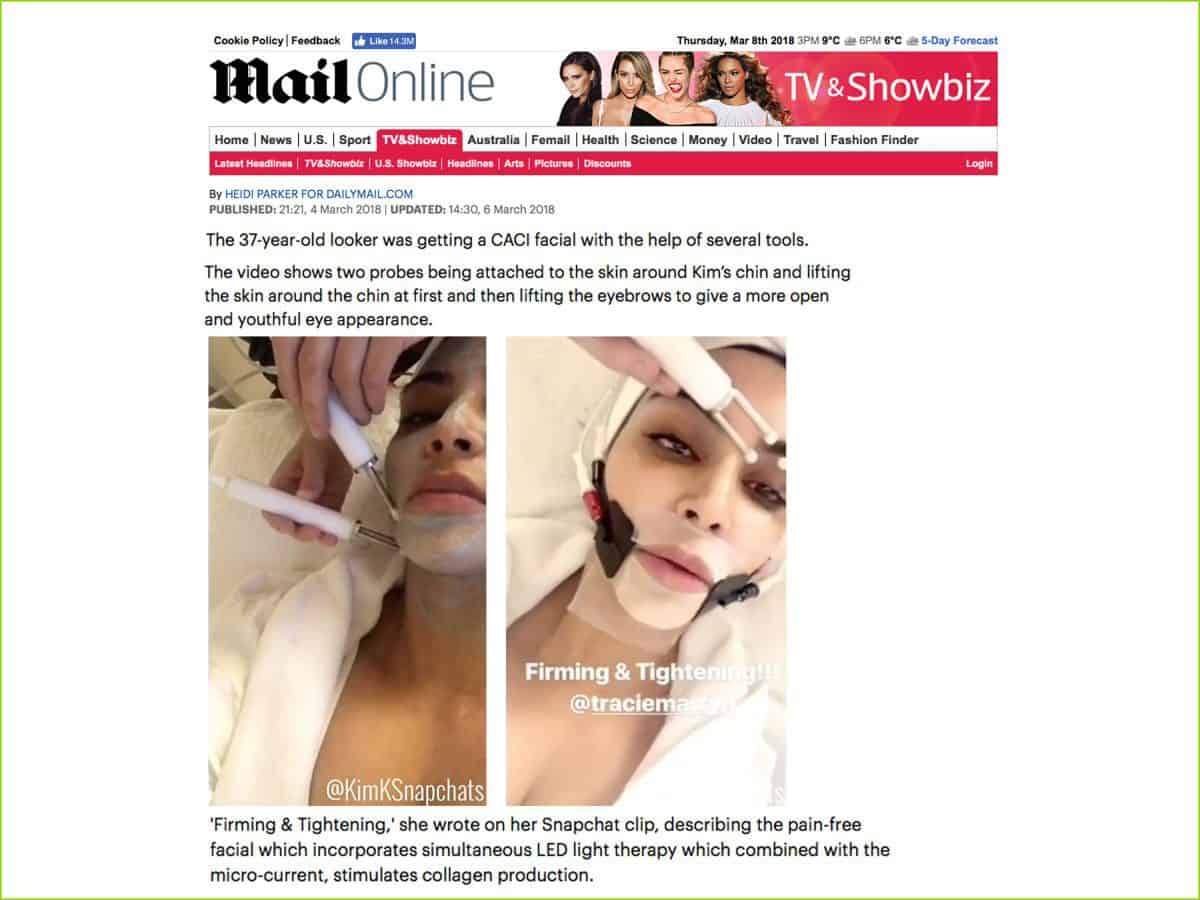 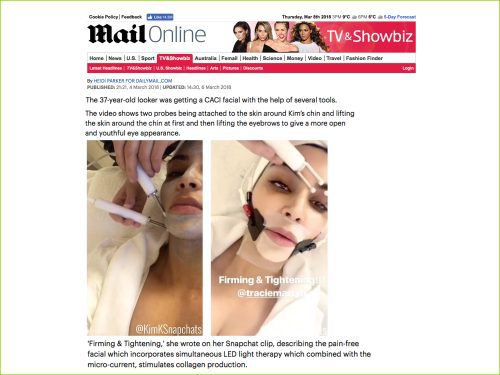 KEEPING UP WITH THE KARDASHIANS

First Madonna, and now Kim Kardashian has revealed that she is a fan of the famous CACI technology; Microcurrent. The TV star is now having the non-invasive procedure to keep her skin looking lifted and toned.

Kim recently uploaded a video to her Instagram and Snapchat account showing her receiving the non-invasive procedure administered by her facialist Tracie Martyn. Stunning Kim posted the video “Late Night Facial @traciemartyn”. Tracie Martyn can be overheard on the video explaining to Kim that the microcurrent facial helps with “tightening, firming and lifting. It’s great at strengthening the skin. It also works around the eyes to de-puff.”

The social media posts were picked up by mainstream media including the Mail Online and Hello!

Originally developed for treating facial palsy microcurrent therapy is now also used widely in physiotherapy for pain control and in hospitals for wound healing. As an aesthetic treatment microcurrent stimulation has been shown to have a number of other cosmetic benefits:

Microcurrent in aesthetics is commonly described as “facial toning or non surgical face lifting” due to the dramatic lifting effect that microcurrent has on facial muscles and facial contours.

True microcurrent uses a current with an intensity of less than one millionth of an amp (< 1mA) and because of it’s low intensity it does not cause a physical or visual contraction of the muscle, instead, microcurrent stimulation works by a process called muscle re-education.