"The National Massage Championship offers a totally unique experience that’s bursting with opportunities. This is a place where our artistry and skill is given a platform to be celebrated and shared. I met many talented, like-minded therapists in the 2019 event that inspired me and instilled a renewed sense of passion for my massage practice. The championship really provides a golden opportunity for self-development, where you can curate the best of what you do and showcase it in a supportive and rewarding environment. I’m really looking forward to the 2021 event and meeting more of our wonderful community."

"Definitely participate in The National Massage Championship - it made a very positive impact in my career opening up fantastic opportunities for me and meeting fantastic people.
I went on to enter The National Massage Championship in the chair massage category ending up winning over all. If you are thinking about entering the NMC then I wholeheartedly recommend it.
“Because everything is possible when your heart drives your intention“

"​In May 2018, somehow, I have done this crazy thing and got myself signed up for the World Massage Championship which was held in Copenhagen. I was overwhelmed with the response and support from my clients and friends after my announcement.

Was I ready for a Championship? Probably not...but I took that risk...because, no matter what the outcome was going to be, nothing would have been a failure but a great learning experience. I met so many like minded, highly skilled Therapists on the day and I found watching them perform and listening to their drive and determination really inspiring.

A few months after the Worldwide Massage Championship, the UK have decided to hold a National Massage Championship and as you may have guessed already, I have signed up for it. Although I had some experience with championships already, I was somewhat nervous as I knew that the UK are a lot stricter, but it just meant I had to adapt a little to fit their criteria. If there is something that I did different this time, it was to change my mindset. This time I went in with an open mind and didn’t focus as much on the win. I just had fun, made new friends and once again, learnt new skills.

My dedication to massage has paid off and I came 1st in both categories I entered for: Freestyle and Wellness/Spa Categories. Entering the UK National Championship has opened some exciting doors, that you might not otherwise get, moving forward into my career, such as being on the judging panel at the European Massage Championship in Italy, being invited to teach workshops in America and last but not least, being approached by one of the biggest massage colleges in the UK to teach for them. Exciting!!!!!!

I am here, championing every person who wants to participate in such events. We all share the same passion and sharing knowledge with one another is such a valuable way to learn.  Always have confidence and courage… take that risk. Never let someone make you believe you aren’t capable of doing something. If you don’t believe in yourself or your idea, no one else will.

As we all know, social media has the ability to make lives look all rosy and easy but the reality of hard work and achieving your goals is so far from that. In my experience nothing good, or worth having for that matter comes easy. You have to be willing to put in the hard work and you also have to be ready for and expect the mistakes, no matter how big or small – unfortunately it’s the best way to learn. You either win or learn, there is no failure.

Good luck and see you there!"

"1 Month after I became a qualified Massage Therapist, I've decided to compete in the first UK national Massage Championship, my aim was just to meet other experienced therapists and learn new techniques, the outcome was stunning, I came in 2nd place in the Spa Wellness category, 3rd place in the Advanced Massage category and had the chance to compete in the Finale. The experience had an amazing impact on my confidence which helped with my career, it gave me the opportunity to meet the top employers in the field, meeting the judges who are the best therapists, also helped me to get to know amazing therapists, share experience and learn from one another. My advice for all the therapists out there to go for it, if you think you're not good enough or if you are a newly qualified therapist, I assure you that you'll win in many different ways."

"I participated in the National Massage Championships at London's Olympia in 2018.

I've been a Sports Massage Therapist for 9 years, working with professional athletes and sports teams. I have assisted them to reach optimal performance  throughout competitions, championships and world cups. I could never have imagined however that there would one day be a competition for massage therapists too!

When I heard about it I decided to take the chance to test myself against UK's best, not only for myself but for the experience I could use to benefit my patients.

The competition was very well organised, there was a supportive team who were happy to answer my questions and calm my nerves at the time I needed it the most. On the day of the competion I was very nervous up until I arrived. Then I met the judges and organisers, they put me and other Massage therapists at ease straight away. It was a fantastic opportunity to show the skills and exchange knowledge and experience with other professionals while also working on improving  techniques by making notes on the day about what could be improved in my own technique. I made professional connections with the other competitors and we keep in touch and plan to participate again.

Thank you for the fantastic opportunity for the therapists and for the industry."

The National Massage Championship 2018 Competitor
Click here to enter today!
Back to home 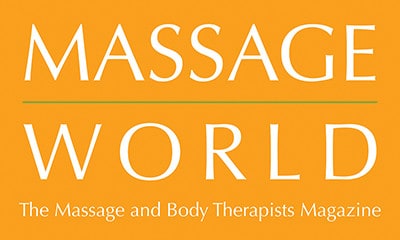 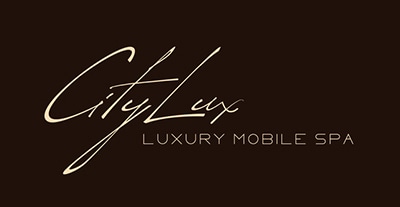 Scroll To Top
We use cookies to give you the best experience on our website, for analytics and to help serve you relevant ads. By continuing to use this site, you agree to this use - Find out more